Dr. Martina Krogmann is Managing Director of ipc Unternehmensberatung GmbH. Prior to founding ipc, she was Partner at Gauly I Dittrich I van de Weyer, today Gauly Advisors.

Before moving into business, Martina Krogmann served in various positions as a politician in the German Bundestag and on the “Länder”-level. In 1998 she was first elected to the German Parliament, where she focused on innovation and economic policy. She was a Member of the Economics Committee, Speaker for Telecommunications and New Media, then Parliamentary Whip and member of the Executive Committee of the CDU/CSU Parliamentary Group. In 2010, Martina Krogmann was appointed State Secretary and Authorized Representative of Lower Saxony to the Federal Government in Berlin. 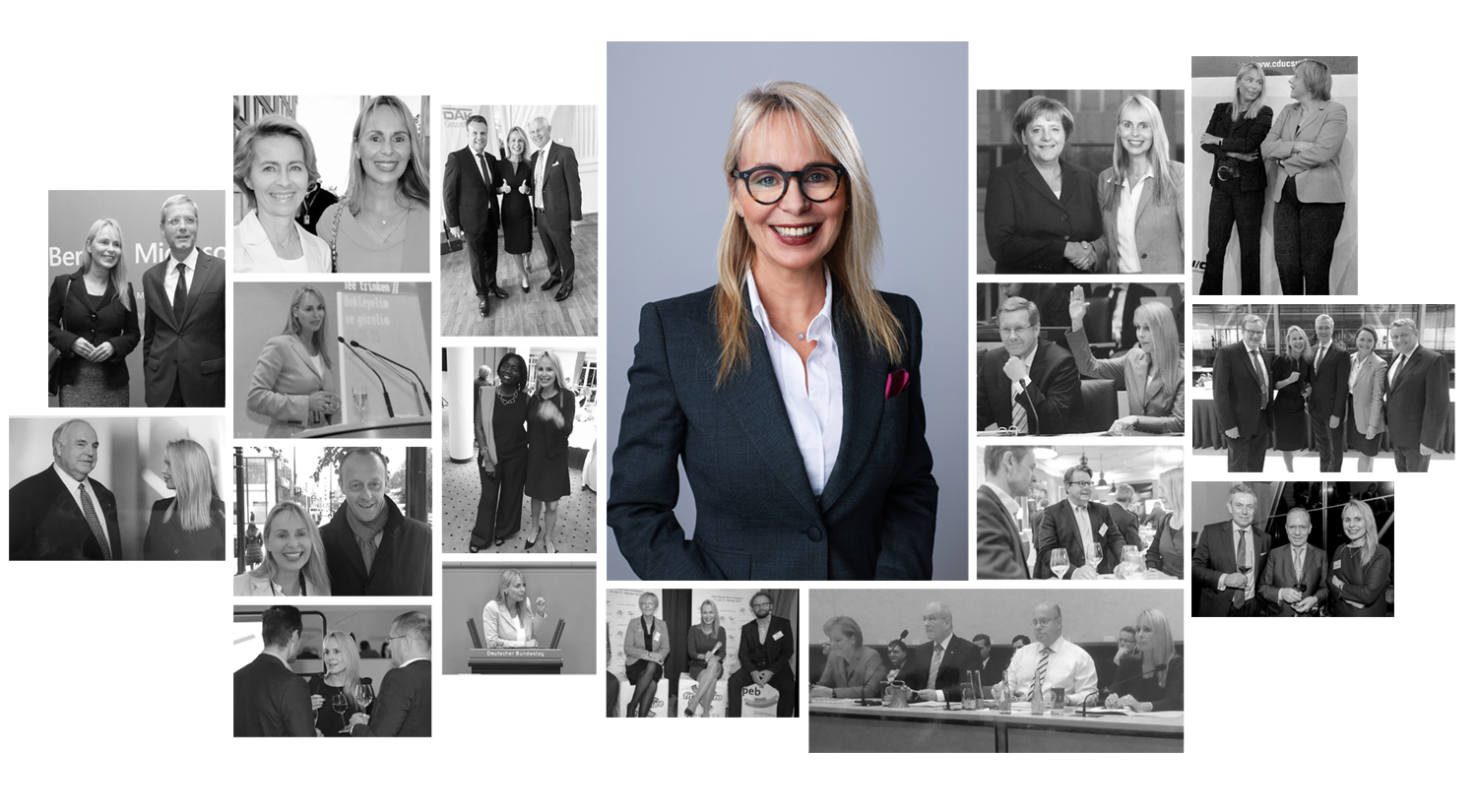 Martina Krogmann studied Political Science and Economics in Munich, Florence (Italy), at Kalamazoo College (Michigan, USA) and at the Center for International and Strategic Studies at the University of Maryland (CISSM, USA). She obtained her Ph.D. from Free University Berlin as Research Fellow of the Volkswagen Foundation. After her studies, she served as a foreign service national at the U.S. Department of State (U.S. Counsulate General, Hamburg and U.S. Embassy, Bonn) and even later as Visiting Scholar at Columbia University, New York.

Prior to her studies, Martina Krogmann completed a two-year training as an editor at Axel-Springer-School of Journalism. Parallel to her studies, she worked as a freelance journalist for various newspapers, radio and TV-stations.

Martina Krogmann is – among others – member of Atlantik Brücke, a non-profit association in service of German-American Friendship, member of Villa Vigoni, German-Italian Center for the European Dialogue and Council Member of the European Council on Foreign Relations (ECFR).

Martina Krogmann speaks English, Italian and Spanish. She lives in Berlin together with her husband Alfred Draxler.